Best catch of the season (so far) 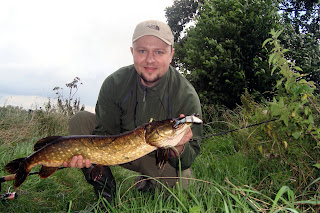 Yesterday I've set up the alarm on my phone to wake me up at 4:30AM. Hm... apparently I switched it off because I woke up at 8AM. I quickly packed my stuff and drove 30km to Reeuwijk. All the canals in the polder were full of weeds, so I decided to explore further part of the Vlist instead. The part I have chosen was not as wide as the one yesterday and it was also full of weeds. Again I decided to move somewhere else.  It was already a bit late for fishing but I decided that I will visit the near polder, where I landed four pikes last week. I noticed a nice crossing of two canals, where shoal of small whitefish gathered. I observed for a moment and saw a couple of pike strikes. I started fishing with a 12cm ripper on a wide offset hook with some additional weight below the belly.

This is a good weedless rig, nothing gets stuck on the lure. The disadvantage is that the hooking is very poor. I had two strikes but no luck. I switched to Salmo Skinner 12cm and later on to Salmo Fatso Crank and some topwater lures. Also a couple of strikes but not a single fish. I moved to the deeper part of the watercourse and started to fish with SPRO BBZ-1 swimbait. Second cats and bam - a nice strike. I'm fishing with a light tackle in the polders, so it took some time to land this fish as I had to be extra careful. Few pictures, measuring (80cm) and fish gets back to the water. Some reanimation had to be done as it was very tired after the fight, but it happily swam away in few minutes. I'm starting my vacation next week, so I will have some break from fishing. I'm back in the September and hopefully the canals will clear out from the weeds, so the fishing will be easier.
2 comments:

Water in my boots:-) 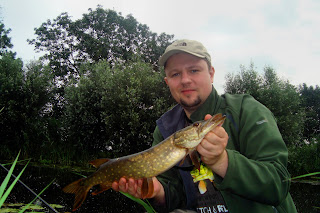 Still exploring areas near Gouda. I found an interesting place - the Vlist canal. Right now it's full of lilly pads and weeds so it's really difficult to effectively cast the lure. Nevertheless I have landed two pikes - 66 and 53 cm. I fell in to the water when landing the first one, so my knee-high boots filled up with water :-) On top of that when trying to take the picture of the first pike, he flipped in my hands and managed to jump straight to the water. No picture then. I have seen a lot, a lot of pike action today. I even saw a pike flying today :-) (chasing his breakfast). I will definitively get back here in the Autumn, when the water plants will  be gone. Tomorrow another polder - Reeuwijk I think.
No comments: 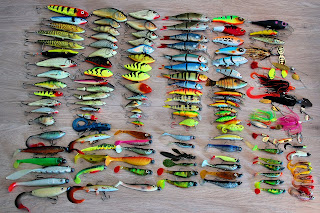 This is my "Arsenal". Mostly Salmo jerkbaits, bur recently I started fishing with swimbaits as well. Lures length varies from little 4 cm cranckbaits to 18 cm Salmo Jack. Salmo Fatso 10 cm sinking in TT color caught the most pikes, secon one I think is 10 cm Salmo Slider RGS.
No comments: 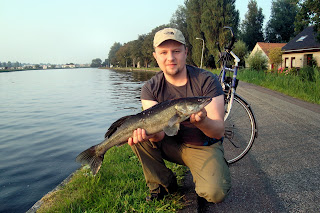 Fishing on the Vliet again and I've caught my biggest zander. It may not be very impressive, but still it's a decent 70cm. Picture taken by a cyclist :-) It was caught on Salmo Executor 12SR in "Real Dace" color. 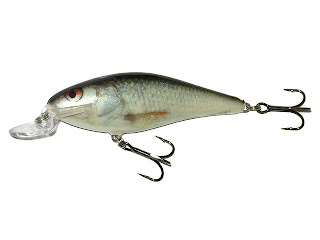 Majk
Hi! My name is Michał, few years back I moved to the Netherlands where I chase pike using all possible methods incorporating artificial lures, recently got hooked on fly fishing. I would like to share my pike fishing adventures with you!